Replying to @realDonaldTrump @theresa_may
Your xenophobia is trying to divide our country. Why? Do you not like america? Imagine you had tweeted about the Jews being Christ killers.

Minnesota Public Radio Drops Garrison Keillor Over Allegations of Improper Conduct
Garrison Keillor fired after allegations of improper behaviorThe Garrison Keillor story suggests that women groping is not treated the same as men groping. Why? I noted the picture of Leeanne Tweedon groping a band member on the same tour as the Franken incident that she was upset about. Why is it OK for females but not for males? Is it just sexism? Are we now to the stage where men are guilty until proven innocent and women the other way 'round?

How The GOP Tax On Tuition Waivers Would Affect My StudentsI don't understand this. College Scholarships, including football scholarships, are not considered income. Why don't the grad schools simply recast their grad student tuition waivers as scholarships? 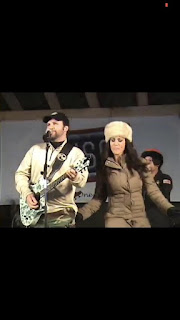 How Will Alabama Gov. Kay Ivey Explain A Roy Moore Vote To Little Girls?
She will say that we would rather be represented by a paedophile - someone who wants to do you harm - than by a Democrat. See, it's because a paedophile wants to wreck your life (though it us true he will only do it to a few of you) but a Democrat is from another party and that would upset our doners

The Queen November 20, 1947. Here Are Seven Ways Marriage has changed
And the biggest change is:
it is not "until death do us part" it is now "until it's no longer convenient."

Too right. We'd rather be represented by a pedophile than a Democrat...
Paedophiles only prey on 14-year-olds, but Democrats are different party.

I don't understand. Ray Moore said it was okay.

Doesn't understand.
If your guy did sexual harassment it's okay, if the guy in the other party did it, he should be hounded out of politics.

'Sacked For No Reason' - How Sexual Harassment Forced These Women Out Of JobsA Trade Union Congress (TUC) report last year found that on average 52% of women reported experiencing some form of sexual harassment but that in some industries it was much higher. In hospitality industries it is 67%."What are the figure for sexual harassment of men?

He did nothing illegal with that one or with the other two: they were of age. But he did date a 14-year-old. A 14-year-old who has been a Republican voter and a Trump voter every since. Okay Trump fathers and mothers: would you like your 14 year-old daughter to date a 32-year-old man?

Proposed Medical Marijuana Tax Angers Patients
Of course it does.  They do not wish to contribute to society; they want a free ride on everything.

Vindictive and calculated cruelty: there is a good case to be made for finding Kerry McCarthy guilty of sexual harassment.    This poor guy does not understand how ;politics works: Friendship is toast when it comes to getting attention.

He expected her to say something -- to indicate in any way that his behavior was offensive  "I cannot understand why a Parliamentarian of such experience and standing, who is also such a long term friend, would not have told me that she was unhappy with any aspect of our friendship rather than going straight to the national press."
The Evidence
He later sent her a card saying he had invited her “because you are attractive, intelligent and charming”
God, what a horrible thing to do. Lynch him!
In a second note, Hopkins enclosed a photograph of McCarthy and described her as “prettyI
Even more horror!   Lynch him!
McCarthy said she went to another lunch with Hopkins... He sent a card afterwards suggesting it “would be nice to meet again”.
How dare he!
"You know I think you are lovely ... but I never see enough of you"
What a horrible thing to say!
Hopkins sent a note on parliamentary writing paper to mark he 50th birthday
Now that is really over the top!. Lynch him

Kerry McCarthy is a clearly deranged, thinking all kinds of thing about a guy who did nothing but compliment her and made NO suggestions of any kind (whether inappropriate or not)..
Stupid, stupid, stupid woman.

Lewis Hamilton 'Avoided' VAT On £16.5m Jet Through Isle of Man Deal
Oh no! You mean he followed the law? How dare he?
Why doesn't he do what we all do, pay more taxes than we owe.He doesn't realise that our Parliamentarians wrote these laws for themselves and their rich mates, It wasn't for the likes of him.
Jeremy pays more taxes than he owes.  Always has.

If he doesn't, he should apologise to the nation

You've heard of "Disgusted, Tunbridge Wells"? Well, I live in Holland Park and I've Had It. Up to here! An old curmudgeon, I rant and rave about things I read, see or hear in the News. Frequently sarcastic, irreverent and libertarian; often wrong - but never uncertain.